Boutique Hobart holiday accommodation, conveniently located only a 6 minute stroll into the CBD shopping centre and an easy 12-15 minute walk to the iconic Salamanca Market on Saturdays, MONA ferry terminal and vibrant waterfront precinct with museums, art galleries, cafes and award winning restaurants. Perfectly located for all major sporting events at The Hobart Aquatic Centre, Blundstone Arena, The Tasmanian Hockey Centre and Domain Tennis and Athletics Centres; plus major festivals including The Taste of Tasmania, MONA FOMA, Ten Days on the Island, Dark MOFO, The Festival of Voices, The Wooden Boat Festival and finish of The Sydney to Hobart Yacht Race.

Our spacious, modern, clean and comfortable, self-contained two bedroom apartments are close to St Michael’s Collegiate School; a variety cafes, take-aways and restaurants offering local and international cuisines.  In our street we have a doctors’ surgery, child care centre, physiotherapist, pilates and yoga studios, a blend of modern and historic Georgian cottages and townhouses and local consulting businesses.

Across the street, we have an inner city oasis known to locals as the Rivulet Track (Hobart Rivulet Linear Park).  It’s a great, tree-lined path suitable for walking, jogging, running and cycling…and prams. Along the way there are cafes (one with a playground) and bridges crossing the Hobart Rivulet which flows from Mt Wellington/Kunanyi.  These bridges take you to streets in South Hobart which lead to local cafes and shops. A thirty minute walk will take you to the historic Cascade Female Factory prison where you can join a tour or see a re-enactment.  A few minutes further, tour and enjoy tastings at the the Cascade Brewery, Australia’s oldest brewery.

Molle Street was named after George James Molle (1773-1823) who became Lieutenant-Governor of New South Wales in 1815. George’s friend, naval officer Charles Jeffreys (1782 – 1826), is attributed to naming Molle Street. Jeffreys was a naval officer whose first commission was transporting convicts and passengers from Port Jackson to the Hobart. Jeffreys wrote a book titled Geographical and Descriptive Delineations of the Island of Van Diemen’s Land (1820) to assist British immigrants who were thinking about settling in Van Diemen’s Land  This book was found to have been plagiarised from a manuscript written by his co-traveller Surveyor George Evans. 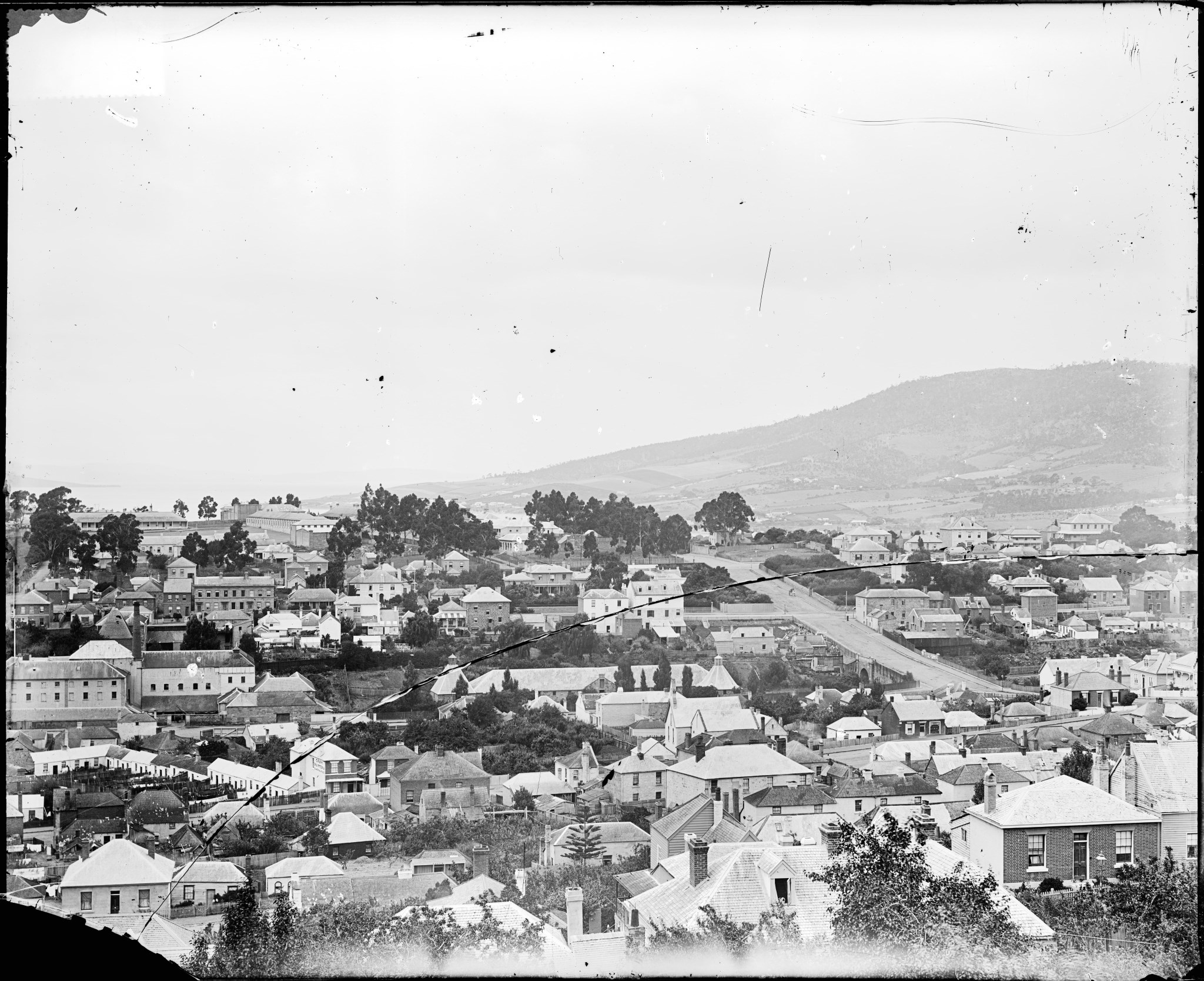 In August 2012 the double storey 1890’s townhouse at 47 Molle Street finally finished its transformation into two, self-contained holiday apartments.  We opened our doors to our first customers in October 2012.

There is very little recorded history of 47 Molle Street apart from a few grainy photos.  In more recent times, the building has been used as: 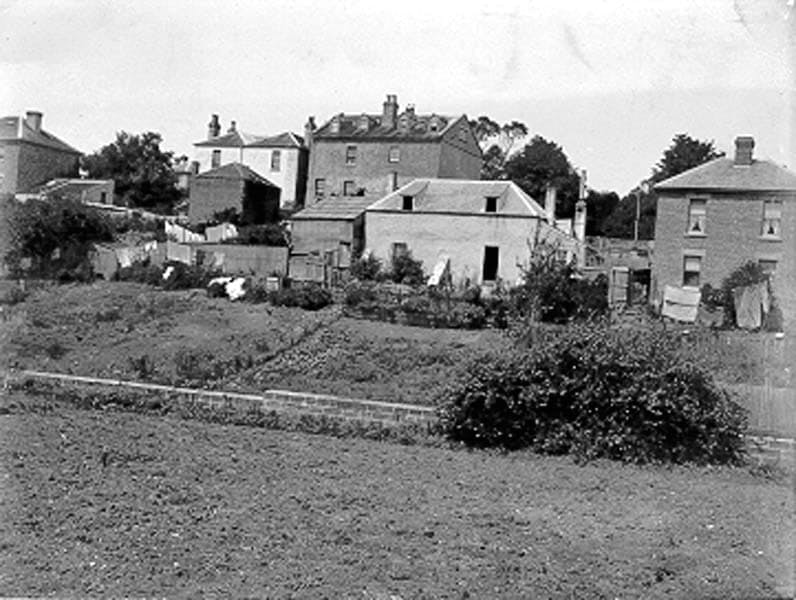 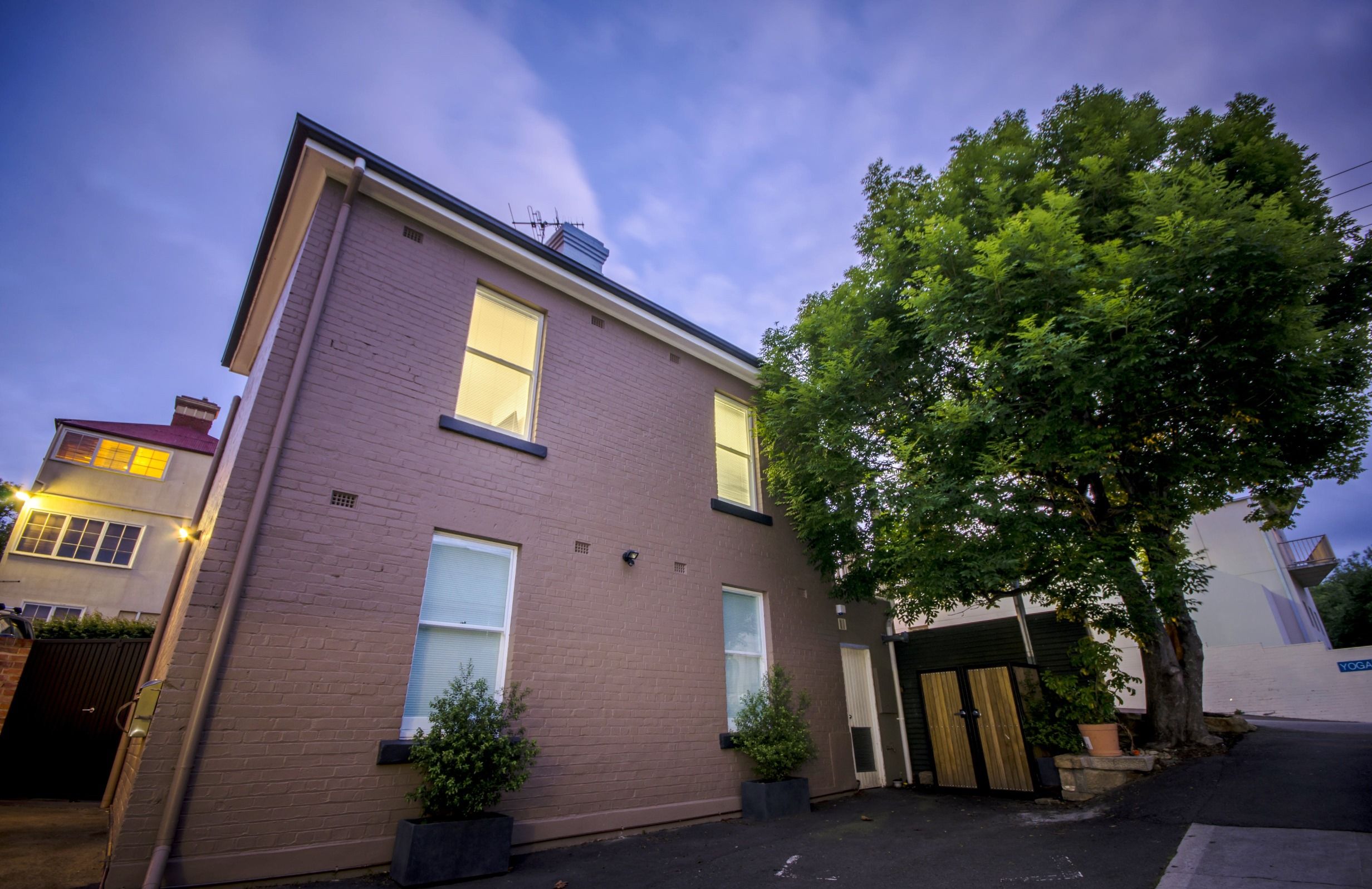 Circa 1825, 43 Molle Street, Hobart was the residence of John Fawkner Senior (1772-1854), convict and business owner.  It is known as Fawkner’s Cottage although he also owned other real estate during his life in Tasmania.

John Fawkner Senior (a metal refiner) arrived in Van Dieman’s Land as a 29 year old convict from England in 1803 on board the ‘Calcultta’.  He had been sentenced to 14 years imprisonment for receiving stolen goods (jewellery).  His wife Hannah (nee Pascoe) and their children, John and Elizabeth, followed him on the same ship as free settlers.

In 1803, the ‘Calcutta’ arrived at Sullivan’s Cove.  The settlers found the site was unsuitable and after persevering for a few months, the group of settlers boarded another ship in 1804 bound for Van Dieman’s Land.  The ship made its way along the Derwent River looking for a suitable place for a settlement.  The spot chosen is where Hobart stands today.

John Fawkner eventually obtained a conditional pardon.  He obtained a farm and set up a bakery, timber business and brewery.  Hannah died in 1825.  The following advertisement appeared in the Gazette 10 days after Hannah’s death.   It was repeated again a week later.

1825  February 11:
“To be let or sold – A  neat cottage, finished in superior style, situated at the upper end of Macquarie Street, corner of Molle Street  containing 6 rooms with a kitchen detached, and a garden of nearly 2 acres.  Enquire on the premises – John Fawkner.”
The property “Fawkner’s Cottage” was sold on 10th September 1825.

John’s son, John the younger, changed his name to John Pascoe Fawkner following his mother’s death.  He worked with his father and later married Eliza Cobb.  The couple eventually moved to Launceston and started several businesses.  In 1835 John Pascoe Fawkner purchased a ship called the ‘Enterprise’ which sailed to Port Phillip and up the Yarra River to found a settlement which later became the city of Melbourne.

It was noted in the January 1842 Census that John Fawkner Senior was 71 years of age, living alone in Molle Street, Hobart Town in a weatherboard dwelling.  His religion was noted as ‘Protestant Dissenter’.  He had no servants.

We purchased the property in 1994 from the Tasmanian Public Service Association who were using the building to store archive boxes.  The garden was over grown, but once tamed; there were beautiful old rose bushes, calendula, comfrey and other old fashioned plants.  The wooden lean-to was still there and contained a tiny galley kitchen, laundry, cast iron bath and toilet.  We eventually  knocked this down and later realised that it was perhaps the oldest part of the building.  The building was not heritage listed as it was deemed to have been altered too much from its original form.

We started operating a successful Tasmanian engineering design consultancy business from the building in 1994 and during the 25 or more years we have been here, have remodelled the office to cater for staff and furniture changes many, many, many times. The engineering design office has been responsible for many major projects in Hobart such as the Woolstore Hotel, Henry Jones Hotel and associated IXL complex, Elizabeth Street Pier hotel and associated complex, Macquarie Wharf No. 1 redevelopment, Pump House Point, Strahan Village, State Fire Brigade, plus many schools, office buildings, restaurants, visitor centres, surgeries, lifestyle villages etc throughout Tasmania, Antarctica, Macquarie Island and other states.

In 1996 we built the first part of our residence beside the building on the site of our two car space car park, later adding onto the building by spreading out over the roof of the office below.

Due to retirement plans, the engineering office downsized and moved into a smaller section of the office building, paving the way for more renovations.

With the finalisation of the engineering business, the office was renovated and Apartment No. 4 was created. The first guests arrived in October 2018. 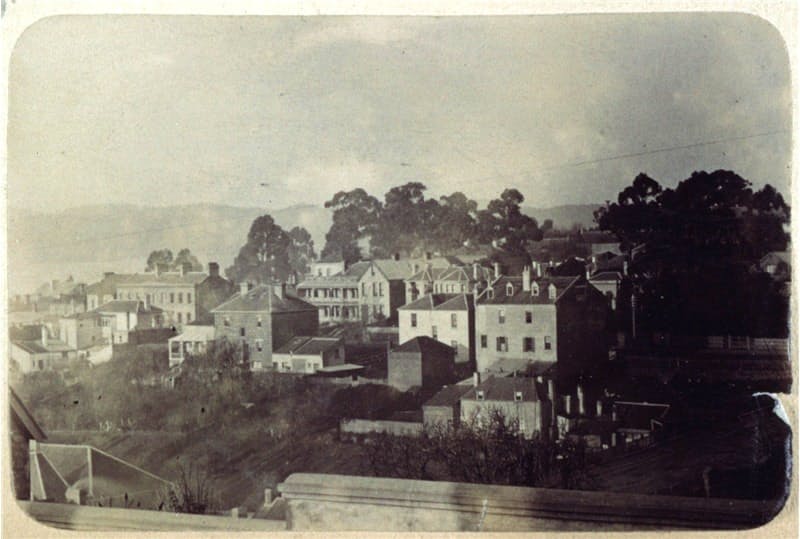 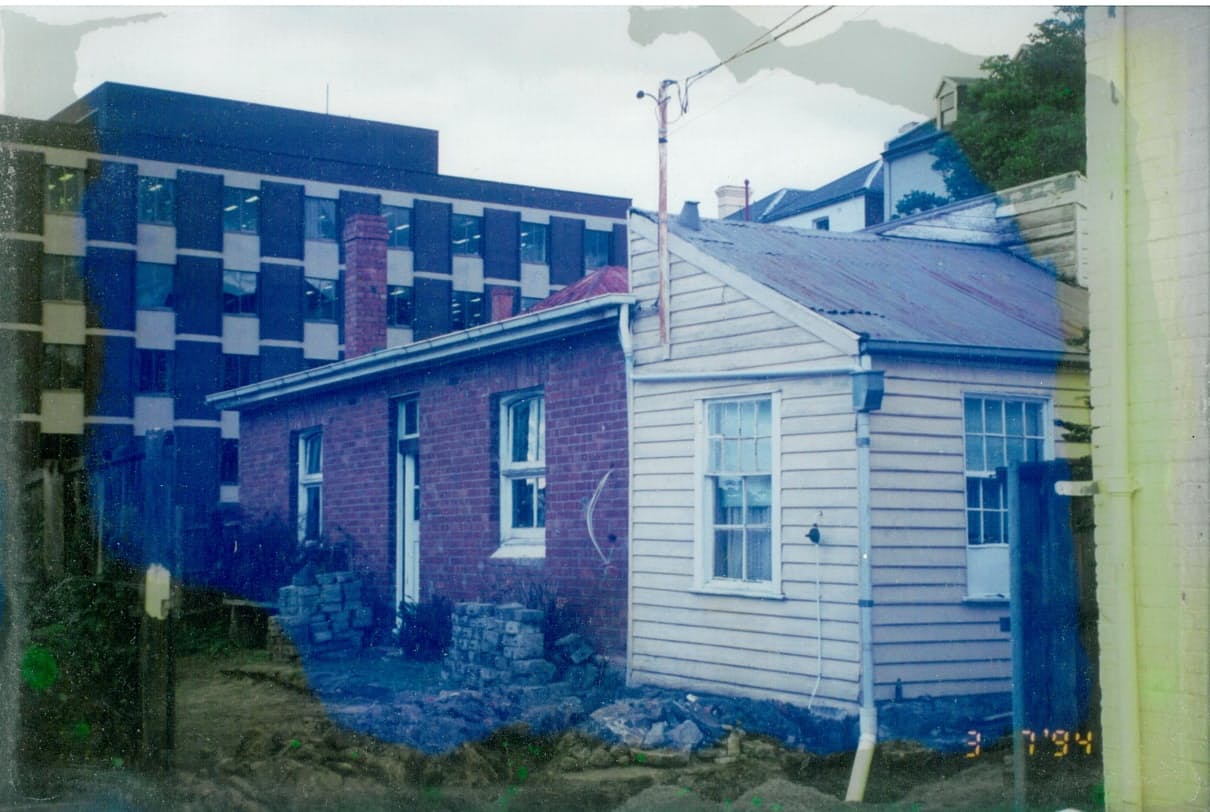 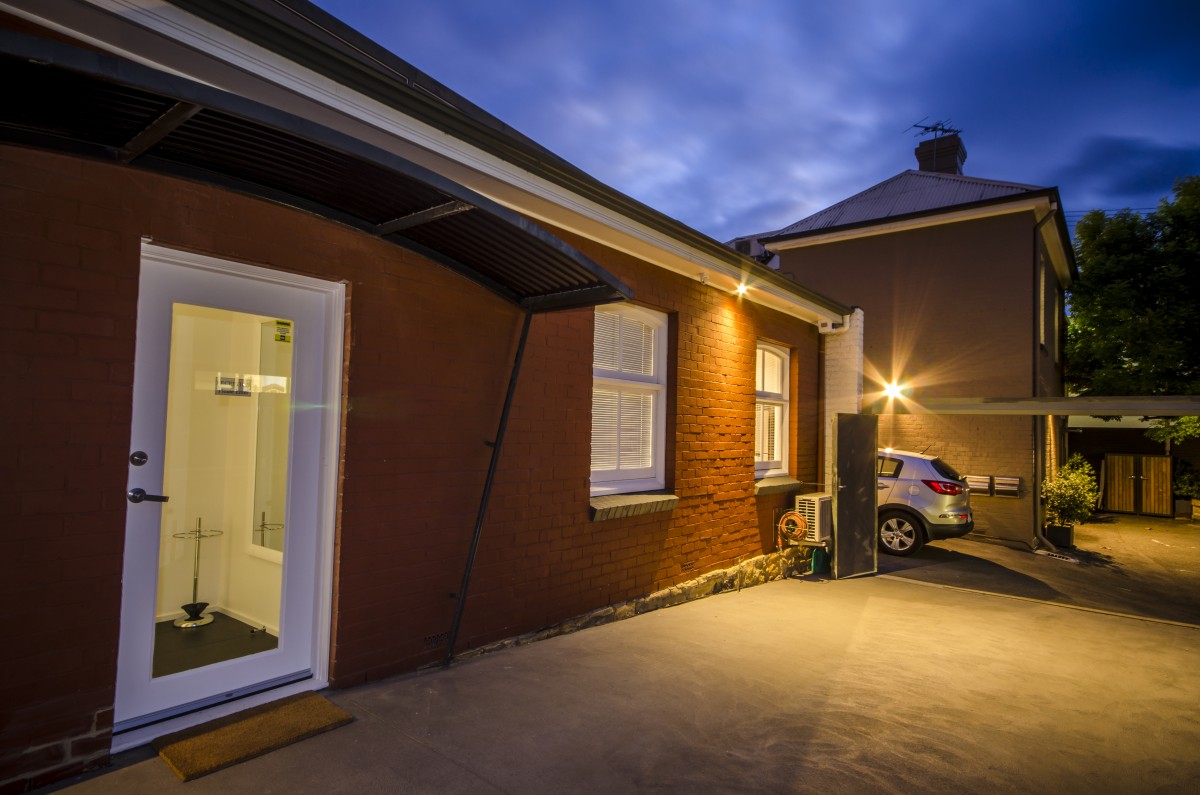 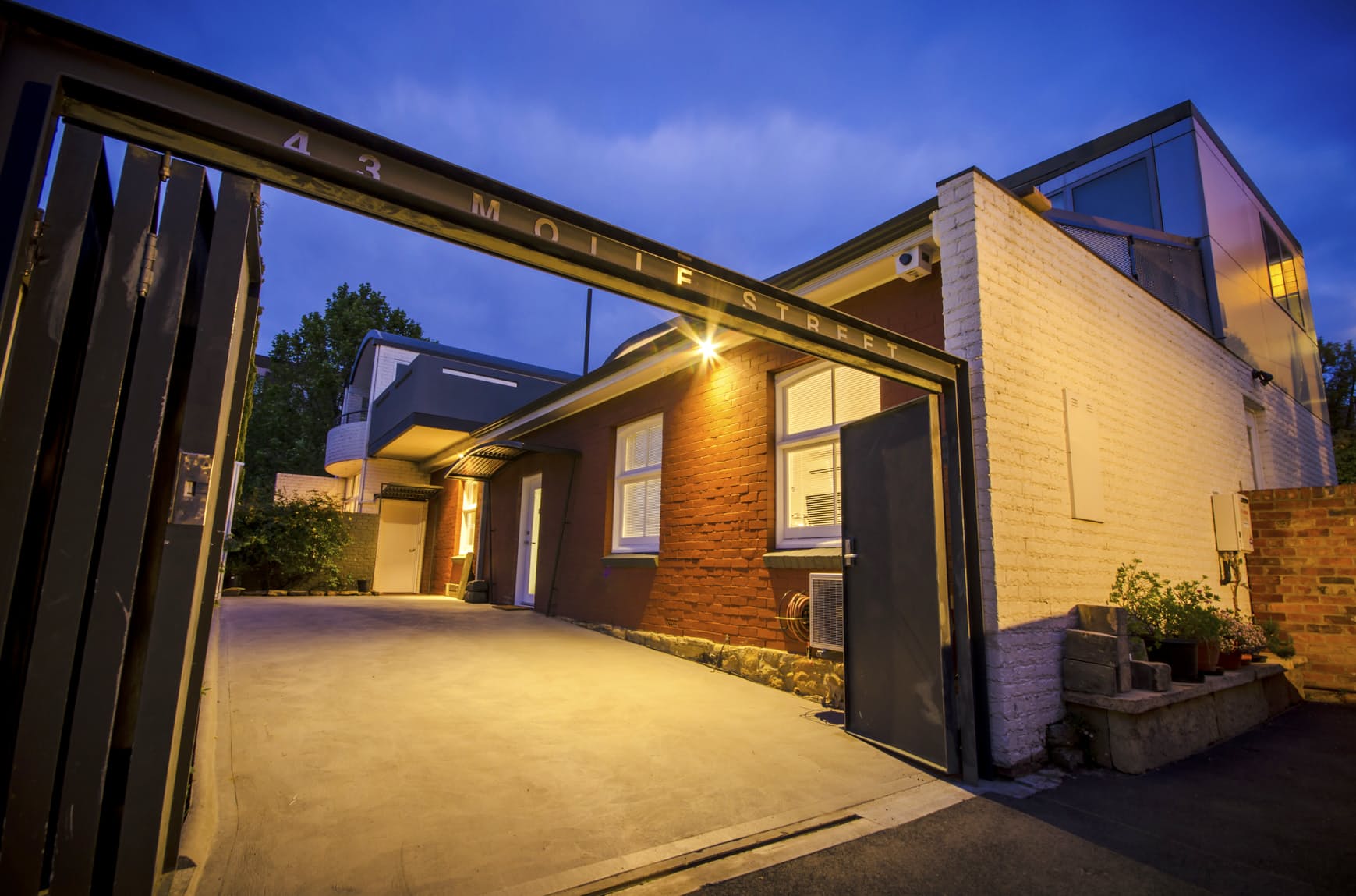